U.S. President Donald Trump's administration said it will withdraw the U.S. from the U.N. Human Rights Council, complaining of bias against Israel.

WASHINGTON (AN) — Disdainful of international organizations and treaties, U.S. President Donald Trump's administration said it will withdraw the United States from the U.N. Human Rights Council.

Announcing the withdrawal, U.S. Secretary of State Mike Pompeo and U.S. Ambassador to the U.N. Nikki Haley said the United States would relinquish its voting rights but remain an observer to the council.

One of the council's regular business items has been discussion of "Israel and the Occupied Palestinian Territories." Haley said the council has a "chronic bias against Israel" and lacks credibility because it lets nations such as China, Cuba and Venezuela become members.

"We do not seek to impose the American system on anyone else," said Haley. "We do support the rights of all people to have freedoms bestowed on them by their Creator. That is why we're withdrawing from the U.N. Human Rights Council, an organization that is not worthy of its name."

But the decision is not an American "retreat from human rights commitments," she added. "On the contrary, we take this step because our commitment does not allow us to remain a part of a hypocritical and self-serving organization that makes a mockery of human rights."

Zeid Ra’ad al-Hussein, the Jordanian prince who heads the Office of the U.N. High Commissioner for Human Rights, said the decision is "disappointing if not really surprising news. Given the state of human rights in today's world, the U.S. should be stepping up, not stepping back."

The United States has been one of the few nations on the council that has been pushing to expose human rights tragedies in places like Cambodia, Congo and South Sudan. At times, it has been the sole nation willing to call out China for reported abuses and violations.

The council's president, Slovenia's U.N. Ambassador Vojislav Šuc, said the United States has been "a very active participant" in the council, which helped on many complex issues.

Over the past 12 years, Šuc said, the council became "an early warning system" human rights crises and produced meaningful results for victims worldwide. "In times when the value and strength of multilateralism and human rights are being challenged on a daily basis, it is essential that we uphold a strong and vibrant council," he said.

U.N. General Assembly President Miroslav Lajčák of Slovakia said he regretted the U.S. pullout and recognized the "central role" of human rights in the founding of America, which has traditionally played a "strong human rights advocacy role" around the world.

But the United Nations needs "more dialogue and collaboration — not less," said Lajčák, who encouraged the United States to "remain engaged" in the council's work.

U.N. Secretary General António Guterres said in a statement he wished the United States would remain in the council, which is a key part of the U.N.'s "human rights architecture."

Human rights activists said the U.S. decision, announced at the start of council's regular session starting in June, would weaken the institution.

Kenneth Roth, executive director of Human Rights Watch, criticized the Trump administration for acting as if it were "more important to defend Israel from criticism by the U.N. Human Rights Council than to defend human rights victims in Syria, North Korea, Myanmar and South Sudan — a sadly one-dimensional human rights policy."

Complaints of bias against Israel within the U.N. system are nothing new, particularly among the Group of 77 coalition of U.N. member developing countries. It was among the main reasons the United States cited when it initially declined to join the council. But this is the first time since the council was formed that any country has dropped out voluntarily.

The council was created to promote and protect human rights around the world and to investigate suspected violations and abuses. The current U.S. term would have ended next year, and Šuc said it will be up to the U.N. General Assembly to choose a replacement.

In 1946, the now-defunct U.N. Commission on Human Rights was formed. The 1948 Universal Declaration of Human Rights followed, becoming a standard around the world that for the first time insisted fundamental human rights deserve the world's protection.

But after coming under sustained criticism as a highly politicized entity that was overly critical of Israel, the commission was replaced by the Human Rights Council.

Just over a year ago, during a visit to Geneva, Haley lambasted the council as a nest of "politics, hypocrisy and evasion” that lets human rights abusers off the hook while allowing Israel's enemies to criticize it unfairly.

It was on that trip when she first floated the notion of a U.S. withdrawal. During a speech to the Graduate Institute in Geneva, she called for reform in the way the council's members are elected and for the council to stop routinely targeting Israel with criticism.

“In case after case, it has been a forum for politics, hypocrisy and evasion, not the forum for conscience that its founders envisioned,” she said in videotaped remarks. “If it fails to change, then we must pursue the advancement of human rights outside the council.”

Trump also has withdrawn the United States from the Paris-based U.N.'s cultural and educational agency, UNESCO, and from the 2015 Paris Agreement on climate change. He also recognized Jerusalem as Israel's capital in defiance of the international community.

In its 2009 election, the United States received 167 votes in the General Assembly, which then had 192 member nations. It now has 193 with the addition of South Sudan in 2011.

After serving the maximum of two consecutive three-year terms on the council, the United States took a year off. It was re-elected in 2016 for its current third term.

Haley's predecessor, Susan Rice, told reporters after the 2009 vote at U.N. headquarters in New York that the Obama administration believed "that working from within, we can make the council a more effective forum to promote and protect human rights." 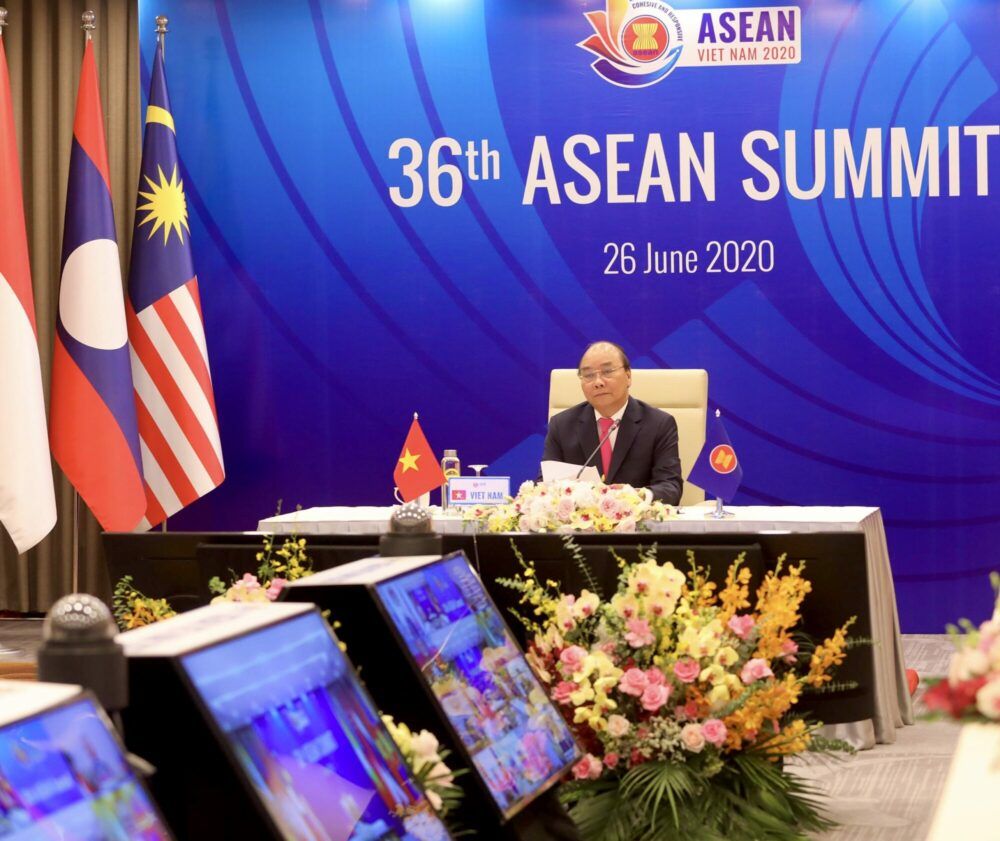 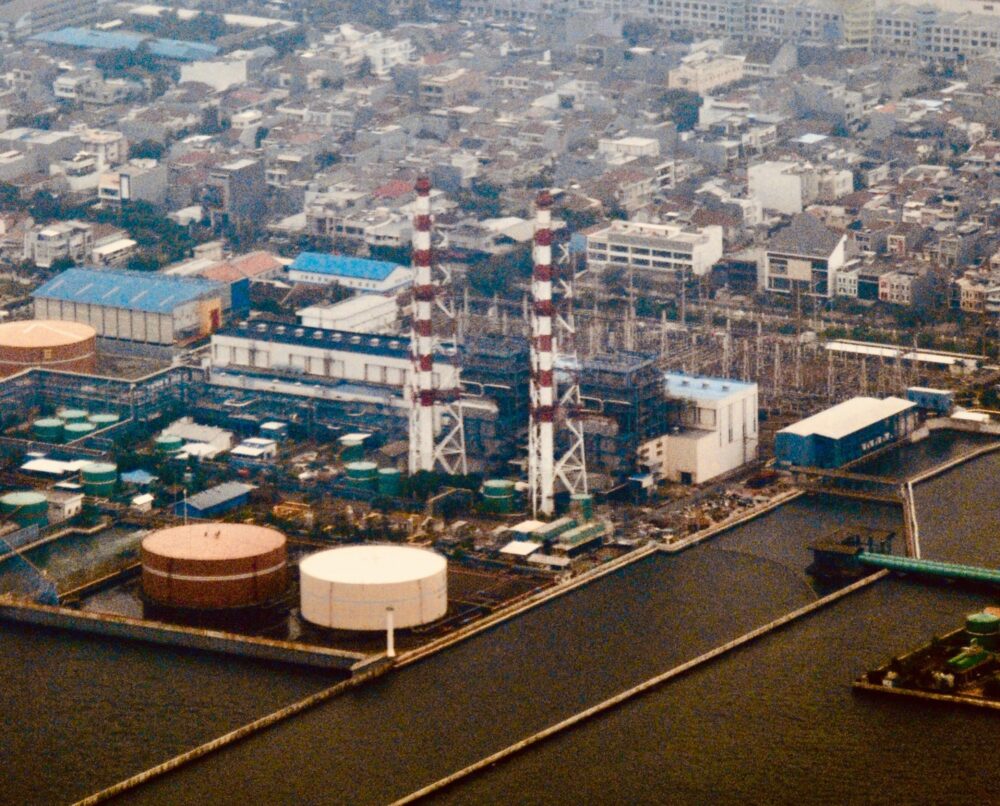 IAEA and ASEAN to work on atomic power