"Ensuring that existing grain and foodstuffs can move to global markets is a humanitarian imperative," said Stéphane Dujarric, spokesperson for U.N. Secretary-General António Guterres, who helped craft and signed the United Nations-brokered agreement with Russia, Ukraine and Turkey in the hope of easing the global food crisis.

The M/V Razoni, a bulk carrier 186.6 meters long and 25 meters wide sailing under the flag of Sierra Leone, departed from Odesa on August 1 as a Ukrainian tug boat blew its horn. After briefly anchoring in the Bosporus Strait, where it was checked for several hours by Russian, Ukrainian, Turkish and U.N. inspectors, the cargo vessel passed through the Aegean Sea and reached the Mediterranean on Friday, according to MarineTraffic.

Three more ships also loaded with corn used mainly for animal feed set out from Ukrainian ports on Friday under the initiative, according to Turkey's National Defense Ministry.

The Razoni had been expected to reach Tripoli on Sunday, but as of Monday it was anchored in the Mediterranean Sea, off the coast of Turkey. The Embassy of Ukraine in Lebanon said the grain's buyer in Lebanon refused to accept the cargo, because it was more than five months late.

"So the shipper is now looking for another consignee," the embassy said. "It can either be in Lebanon or other country."

More than a dozen cargo vessels and bulk carriers that were loaded with grain have been stuck in Ukraine's ports since Russia invaded the country.

Ukraine's Infrastructure Minister Oleksandr Kubrakov thanked the U.N. and partner countries for making the first shipment possible through the "full" implementation of the agreement. "It’s important for us to be one of the guarantors of food security," he said.

It was unclear whether the agreement would hold, however, after Russian ships struck Odesa with cruise missiles little more than a week ago, violating the deal signed less than a day earlier so the port could operate freely. The deal is effective for 120 days, and calls for the joint monitoring of shipments.

NATO's Secretary General Jens Stoltenberg also expressed his gratitude to Turkey, a member of the military alliance since 1952, for "its pivotal role" in making possible the first shipment of Ukrainian grain from Odesa under the U.N.-brokered deal. "NATO allies strongly support the full implementation of the deal to ease the global food crisis caused by Russia’s war in Ukraine," he said.

Ukraine's President Volodymyr Zelenskyy said the deal was meant to "unblock Ukrainian ports" from Russia's invasion since February 24, enabling authorities not only to resume large-scale grain and other agricultural exports "but also keep them protected" in Ukraine’s Black Sea region.

Ukraine, one of the world’s biggest exporters of wheat, sunflower oil and corn, has about US$10 billion in grain ready to be exported, he said, including 20 million metric tons from last year's harvest. Russia's war over the past four months blocked not only millions of metric tons of Ukrainian grain but also Russian exports of grain and fertilizer.

The U.N.-administered Joint Coordination Center, set up in Istanbul under the deal, said it "has agreed to the specific coordinates and restrictions of the Safe Humanitarian Maritime Corridor and has communicated those details in accordance with international navigation procedures," according to a statement emailed to journalists.

The JCC “requested all its participants to inform their respective military and other relevant authorities" about the M/V Razoni's route through the maritime corridor and is monitoring its "safe passage" through Turkish territorial waters and, after inspection, to its final destination at Tripoli. 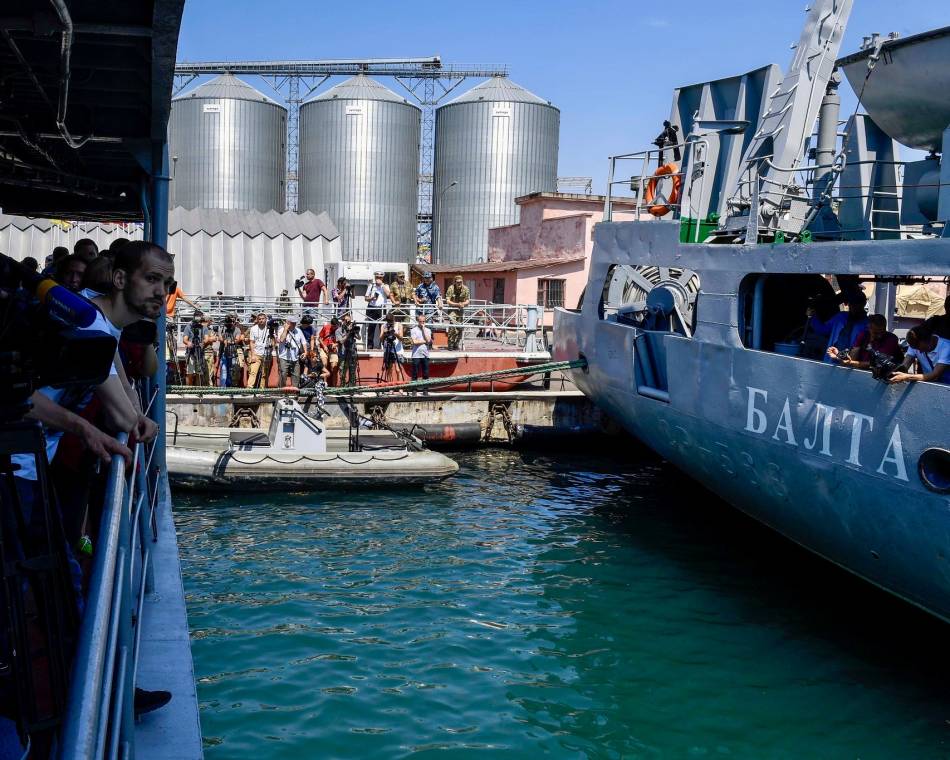 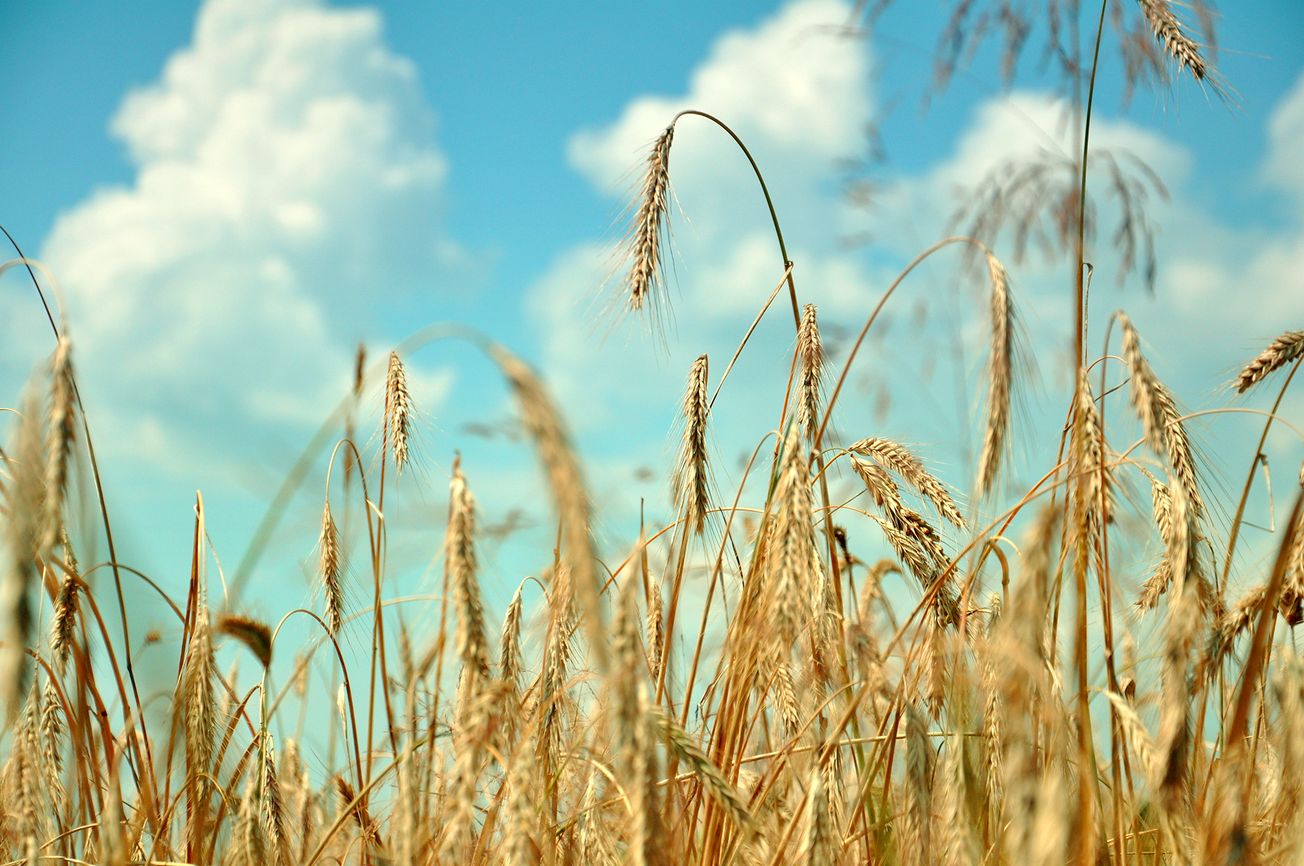 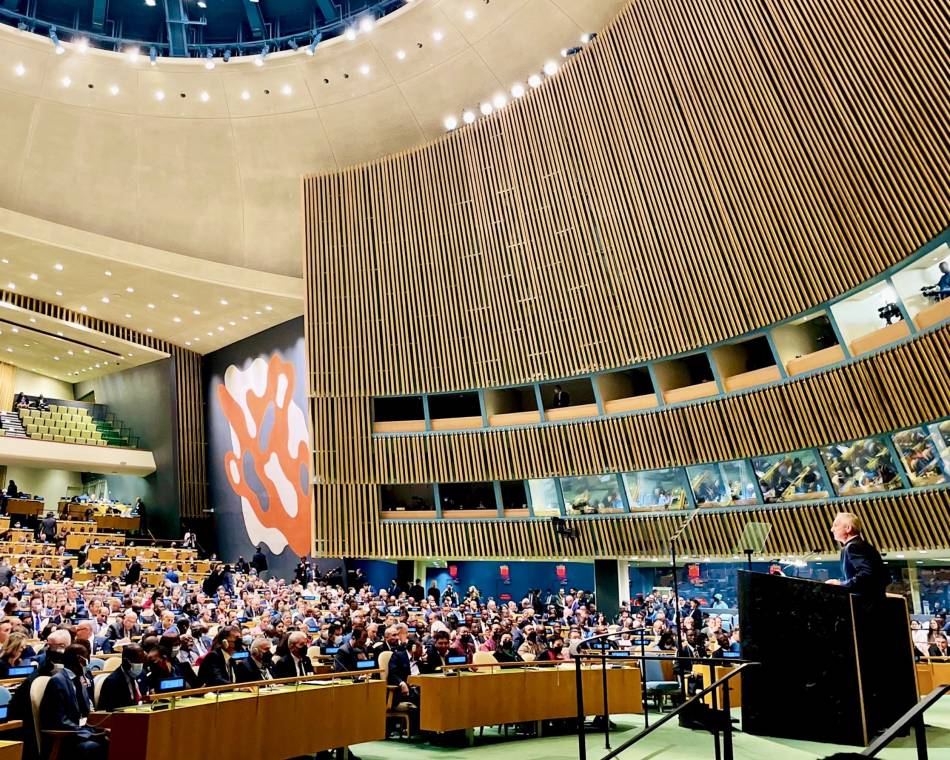