More than 11,000 scientists warned the world must immediately and fundamentally change if it is going to avert "untold suffering due to the climate crisis."

WASHINGTON (AN) — More than 11,000 scientists issued a dire warning on Tuesday that the world must take immediate action to fundamentally alter a range of human activities if it is going to avert "untold suffering due to the climate crisis."

The new report, with 11,258 scientists in 153 countries signing on in support of the findings, covers a broad range of studies, and provides six major policy steps that must be met to address it.

"Scientists have a moral obligation to clearly warn humanity of any catastrophic threat and to 'tell it like it is.' On the basis of this obligation and the graphical indicators presented below, we declare, with more than 11,000 scientist signatories from around the world, clearly and unequivocally that planet Earth is facing a climate emergency," the scientists begin in their paper published in BioScience magazine.

The paper is the work of a U.S.-based alliance of scientists led by ecologists William Ripple and Christopher Wolf of Oregon State University. The Alliance of World Scientists, or AWS, calls itself a new international assembly of scientists independent of governmental and non-governmental organizations and corporations.

It represents the first time that a large group of scientists have supported affixing the label of "climate emergency" to the global average rise in temperatures that has resulted mainly from fossil fuel burning and other human activities since the pre-industrial era.

A growing number of mostly Western nations, such as Argentina, Austria, Canada, France, Portugal, Spain and the United Kingdom, and cities around the world — including Amsterdam, Brussels, New York City, Paris, San Francisco and Warsaw — have been declaring that their communities face an unprecedented "climate emergency" requiring action akin to dealing with a massive natural accident or public health crisis.

"Despite 40 years of global climate negotiations, with few exceptions, we have generally conducted business as usual and have largely failed to address this predicament. The climate crisis has arrived and is accelerating faster than most scientists expected. It is more severe than anticipated, threatening natural ecosystems and the fate of humanity," the scientists wrote.

"Especially worrisome are potential irreversible climate tipping points and nature's reinforcing feedbacks (atmospheric, marine, and terrestrial) that could lead to a catastrophic 'hothouse Earth,' well beyond the control of humans," they wrote, citing data from the United Nations' Nobel Prize-winning Intergovernmental Panel on Climate Change, or IPCC. "These climate chain reactions could cause significant disruptions to ecosystems, society, and economies, potentially making large areas of Earth uninhabitable."

Pressure for actionThe scientists hope to add to pressure on governments to fulfill the 2015 Paris Agreement. Last December, almost 200 nations adopted a rulebook for accomplishing the Paris deal’s goal of preventing average global temperatures from rising more than 2 degrees C. above pre-industrial levels, or 1.5 degrees C. if possible.

Since the world has already warmed by 1 degree C. from pre-industrial levels, the most favorable scenarios under mean deciding between whether to allow warming to continue by a half-degree or 1 degree more. But the IPCC, concluded in a major report in October 2018 that a half-degree less warming would cause fewer deaths and illnesses, 0.1 meters less sea rise, and halve the number of people who lacked fresh water.

Substantially fewer heatwaves and droughts would result, it said, and the world’s coral reefs might survive. Limiting global average temperature rise to 1.5 degrees C. also would avert 150 million premature deaths in the 21st century. The report said the planet is on track to cross the threshold of 1.5 degrees C. above pre-industrial levels by as early as 2030, bringing the risk of catastrophic climate change marked by floods, extreme drought, wildfires and food shortages for hundreds of millions of people.

"Mitigating and adapting to climate change while honoring the diversity of humans entails major transformations in the ways our global society functions and interacts with natural ecosystems," the scientists wrote, adding all is not lost already.

"We are encouraged by a recent surge of concern. Governmental bodies are making climate emergency declarations. Schoolchildren are striking," they concluded. "Ecocide lawsuits are proceeding in the courts. Grassroots citizen movements are demanding change, and many countries, states and provinces, cities and businesses are responding." 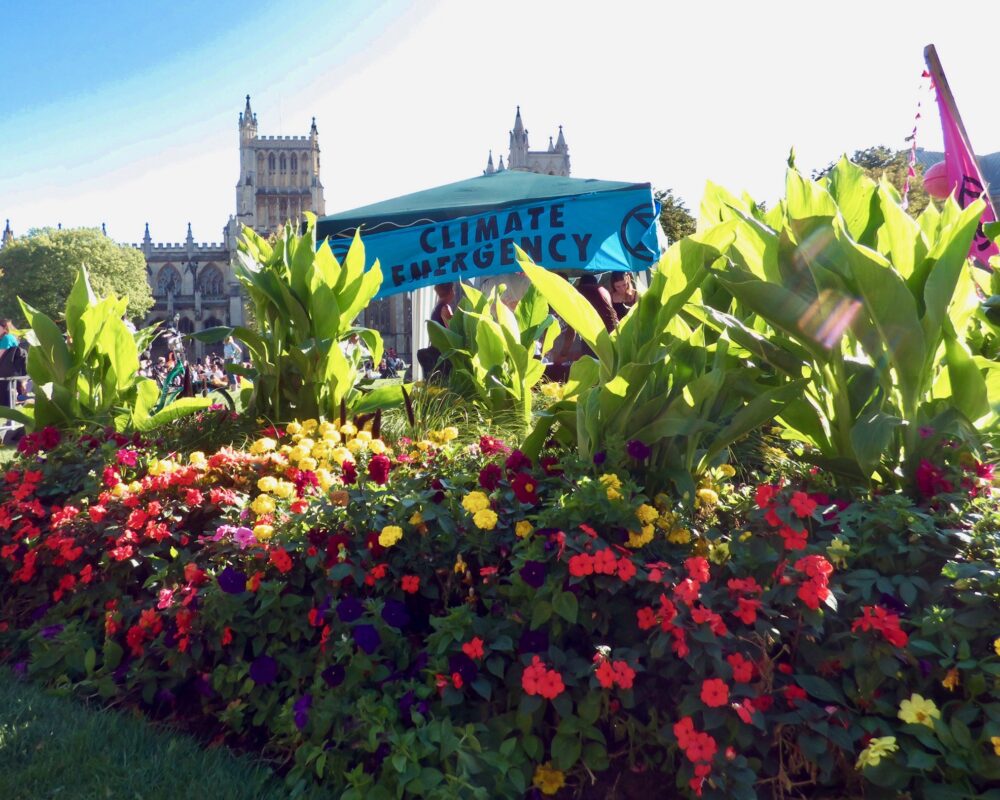