A U.N. survey found 64% of 1.2 million people polled in 50 nations — all of them video gamers — called climate change a global emergency.

A U.N. survey released on Wednesday found 64% of 1.2 million people polled in 50 nations — all of them video gamers — said they believe climate change is a global emergency, but that did not necessarily translate into a belief that urgent action is needed.

Most of the other respondents who consider it an emergency said they also believe the world should "do everything necessary and urgently in response," according to survey results from the United Nations Development Program, or UNDP, and Britain's University of Oxford.

The poll was conducted in an unusual way. People were asked to respond through ads carried in 17 languages on mobile gaming apps, resulting in "a huge, unique, and random sample of people of all genders, ages, and educational backgrounds," the organizations said.

Their answers "clearly illustrate that urgent climate action has broad support amongst people around the globe, across nationalities, age, gender and education level," UNDP Administrator Achim Steiner said. "But more than that, the poll reveals how people want their policymakers to tackle the crisis."

In November 2019, more than 11,000 scientists in 153 nations signed onto a report saying people must immediately and drastically alter their behavior — particularly fossil fuel burning, blamed for most emissions of carbon dioxide, methane and other heat-trapping greenhouse gases — to avert “untold suffering due to the climate crisis.”

The scientists said they felt a moral obligation to warn "clearly and unequivocally that planet Earth is facing a climate emergency,” the scientists said in a paper published in BioScience magazine. The U.S.-based Alliance of World Scientists said it organized the paper independently from governments, NGOs or corporations. The paper represented the first time a large group of scientists agreed the world faces a “climate emergency” due to rising temperatures mainly from human activities.

Apart from scientists, the European Union and nations such as Argentina, Bangladesh, Canada, Japan, New Zealand, South Korea and Vatican City have made a "climate emergency" declaration — which is more of a symbolic political message than a legal demand. Hundreds of cities worldwide, including Amsterdam, Brussels, New York City, Paris, San Francisco and Warsaw, also have done so. Most declarations call for a policy of net-zero carbon emission by 2030.

Their aim is to fufill the 2015 Paris Agreement’s goal of preventing average global temperatures from rising more than 2 degrees Celsius above pre-industrial levels, or 1.5 degrees if possible. Time is running out, since the world already warmed by about 1 degree and the effects from emissions take decades to alter. 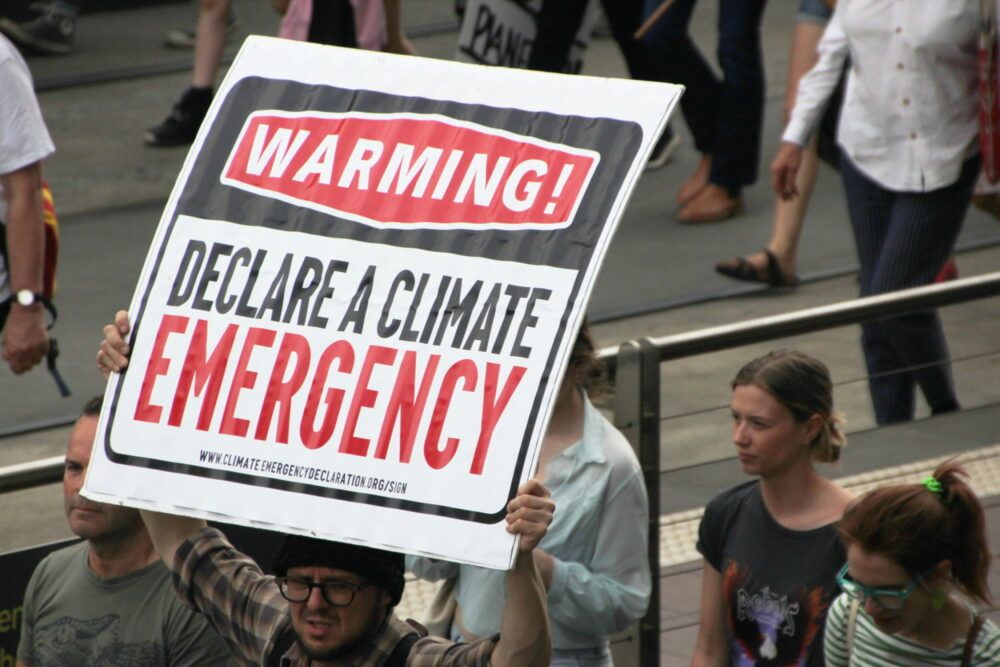