Two weeks after praising U.S. leadership in the pandemic, the U.N. health agency chief pushed back against White House attempts at scapegoating.

GENEVA (AN) — Two weeks after praising U.S. President Donald Trump's leadership in the global pandemic, the head of the U.N. health agency pushed back on Wednesday against White House attempts at scapegoating and threats of budget cuts.

"Please don't politicize this virus. It exploits the differences you have at the national level," World Health Organization Director-General Tedros Adhanom Ghebreyesus told a news briefing. "If you want to be exploited, and if you want to have many more body bags, then you do it. If you don't want many more body bags, then you refrain from politicizing it."

Tedros, a politician and public health expert who headed Ethiopia’s foreign affairs and health ministries, reacted to Trump's stinging criticism a day earlier. The American president accused WHO of taking too long to raise the alarm over the global pandemic and of being too soft on the Chinese government for attempting to deflect criticism of its initial handling of the outbreak.

Minutes later, he reversed himself and said he was merely "looking into it." Trump acknowledged pulling U.S. funding for WHO would "maybe not" be a well-timed move.

Trump appeared to be sensitive to reactions to his decision at the end of January to limit some travel from China due to the virus. WHO officials had said that restrictions on the movement of people and goods during public health emergencies is "ineffective in most situations and may divert resources from other interventions.”

Trump has repeatedly called COVID-19 the "Chinese virus" to affix blame. Tensions between Washington and Beijing, already high from the tit-for-tat trade war, have risen still further due to massive fallout from the coronavirus. Both sides accuse the other of playing global politics.

The American president's stepped-up attacks on WHO further highlighted his inability to accept any criticism and his endless quest for praise, while undermining work by independent experts, scientists, journalists and government watchdogs who draw their own conclusions.

Trump has not been alone, however, in his criticism of the United Nations health agency, which seemed to take in stride China’s dubious reporting on its rates of infection and deaths.

Investigative news platform Caixin reported in depth on how officials "throttled" the flow of public information to conceal the true death count in Wuhan, China, where the virus first emerged late last year. Other governments, particularly some in Europe, called into question WHO's recommendations on issues such as travel restrictions and face masks.

WHO repeatedly warned about the emergence of the virus in Wuhan, though it bore some criticism for waiting until March 11 to declare COVID-19 as a global pandemic — the worldwide spread of a new disease —  marking the first time a coronavirus has gained that distinction.

Starting on February 29, WHO began advising nations against imposing travel or trade restrictions due to the outbreak so health workers and emergency aid would not get diverted or blocked.

"And they actually criticized and disagreed with my travel ban at the time I did it," Trump complained at the White House briefing. "And they were wrong.  They’ve been wrong about a lot of things.  And they had a lot of information early and they didn’t want to — they’re very — they seem to be very China-centric.  And we have to look into that.  So we’re going to look into it."

WHO relies mainly on contributions from its 194 member nations and private organizations to pay for its budget and work plan. About 20% of its budget comes from mandatory dues; the rest comes from voluntary donations, along with some private sector and partner donations.

The United States, United Kingdom and Bill and Melinda Gates Foundation are the top backers. The United States contributes US$450 million a year — including US$118 million in mandatory dues — towards WHO's more than US$4 billion budget, according to WHO budget figures.

As the biggest financial contributor to the United Nations, the United States pays 22% of the world body's operating costs and a quarter of its peacekeeping operations. Trump proposed huge spending cuts for international organizations, including 53% less for WHO and 75% less for the Pan American Health Organization, whose biggest supporter is Brazil.

On March 25, Tedros praised the Trump administration for doing a "great job" responding to COVID-19 despite its slow, confused reaction to a pandemic that has brought on a global recession, shuttering schools and businesses to try to slow the spread of the coronavirus.

Little more than two weeks later, with the virus infecting more than 1.5 million people worldwide and causing 88,400 deaths, WHO's director-general pushed back at Trump's attacks.

“Why would I care about being attacked when people are dying?” he said. “I know that I am just an individual. Tedros is just a dot in the whole universe.”

Though he avoided mentioning Trump by name, Tedros addressed the divisiveness caused by Trump's scapegoating over his own handling of a national pandemic emergency. "It's like playing with fire. So more than ever before, national unity is important," Tedros implored.

"If we care about our people, if we care about our citizens, please: unity at national level. Not using COVID for political points," he said. "And then second: honest solidarity at global level, and honest leadership from the U.S. and China. We shouldn't waste time pointing fingers. We need time to unite."

U.N. Secretary-General António Guterres and other leaders expressed support for Tedros and WHO in the face of Trump's criticism, saying the world must rally together. "It is my belief that the World Health Organization must be supported, as it is absolutely critical to the world’s efforts to win the war against COVID-19," Guterres said in a statement.

"Once we have finally turned the page on this epidemic, there must be a time to look back fully to understand how such a disease emerged and spread its devastation so quickly across the globe, and how all those involved reacted to the crisis," he said. "But now is not that time. Now is the time for unity, for the international community to work together in solidarity to stop this virus and its shattering consequences."

"Overall, the A.U. recognizes and appreciates the good work that has been undertaken by the WHO," Ramaphosa said, "and notes with a sense of satisfaction the various initiatives and measures that are continuously undertaken by the organization to mitigate the spread of the pandemic such as mobilizing resources, sharing the real-time information and providing the technical and material support."

The African Union Commission's chair, Moussa Faki Mahamat, said he was "surprised to learn of a campaign by the U.S. government against WHO’s global leadership." Faki, a former foreign minister and prime Chad, said "the focus should remain on collectively fighting COVID-19 as a united global community. The time for accountability will come." 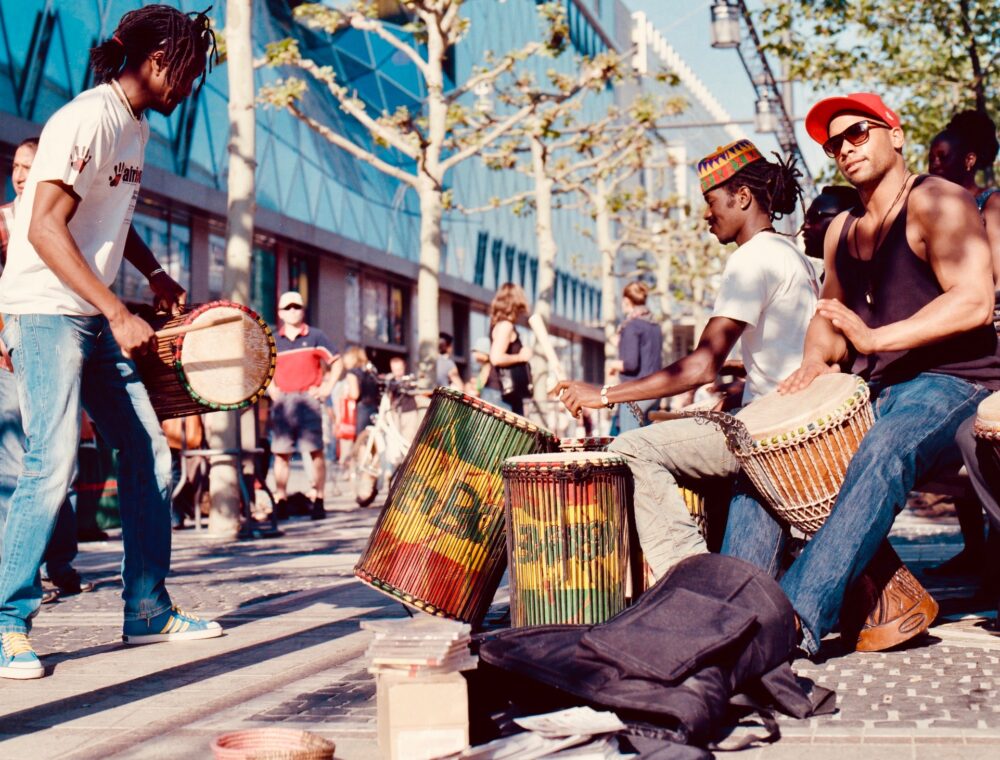