UNITED NATIONS (AN) — Russia and China vetoed a U.N. Security Council resolution on Thursday seeking to impose a cease-fire in northwest Syria's Idlib governorate, the last rebel stronghold after more than eight years of war.

The draft resolution offered by Germany, Belgium and Kuwait had called for a cessation of hostilities in Idlib starting on Saturday “to avoid a further deterioration of the already catastrophic humanitarian situation.”

Russia's U.N. ambassador, Vassily Nebenzia, told the council he believed the draft resolution was intended to "save the international terrorists who are entrenched in Idlib from their final defeat.”

China cast its seventh veto on the Syrian conflict to also block the text. Twelve other members of the 15-nation council voted in favor of the draft resolution, while Equatorial Guinea abstained.

Russia and China — two of the powerful council's five permanent, veto-wielding members along with Britain, France and the United States — submitted a rival text that called for a cessation of hostilities on an unspecified day in September.

Only Russia and China voted in favor of that draft resolution. Nine other council members opposed it. Equatorial Guinea, Indonesia, Ivory Coast and South Africa abstained.

It takes nine votes to pass a council resolution, but any of the five permanent members can single-handedly block a measure.

"We express our regret that the U.N. Security Council has failed to shoulder its responsibilities," said Kuwait's U.N. ambassador, Mansour Al-Otaibi, after the voting. "History will remember this meeting. So will the people of Idlib."

The new U.S. ambassador to the U.N,, Kelly Craft, said she told Russia's envoys that their latest veto "represents an attempt to absolve itself and the Assad regime of culpability in the deaths of thousands of innocent Syrians. There will never be such absolution."

Earlier in the week, Assad issued a new decree granting amnesty and reduced sentences for all crimes committed since the Syrian conflict began. Assad's crackdown on pro-democracy protesters in March 2011 sparked a civil war that Islamic State militants seized upon to take over large swaths of territory in Syria and Iraq.

Russia, Turkey and Iran held a summit in Turkey's capital Ankara to talk about the situation in Idlib, which is dominated by the al-Qaida-linked group Hayat Tahrir al-Sham.

Syrian forces backed by Russia and Iran have been waging a ground and air offensive over the past four months that has led hundreds of thousands of Syrians to flee for the border with Turkey, which has already taken in some 3.6 million Syrian refugees.

Half 0f Idlib's 3 million population — two-thirds of which are women and children, according to U.N. estimates — is internally displaced from places that Syrian forces captured.

Russia called for a unilateral cease-fire on August 31 that briefly delayed Syrian forces's advance on the last opposition strongholds, but shelling reportedly resumed south of Idlib in the past week. 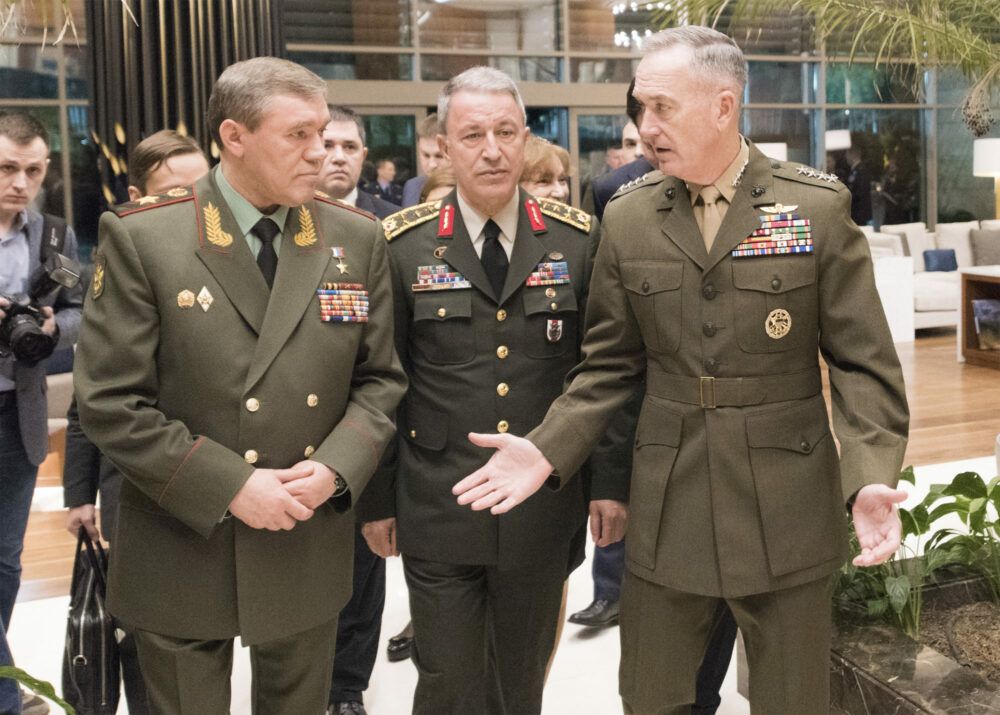