The eight-nation Arctic Council reaffirmed its commitment to peace, stability and cooperation but skirted mention of a global climate crisis.

The eight-nation Arctic Council reaffirmed its commitment to peace, stability and cooperation on Tuesday but skirted mention of a global climate crisis that scientists and many others consider the world's top challenge.

Despite the Arctic region's melting ice and rising sea levels that pose a serious threat to life on the planet, the leading intergovernmental forum for the region only said it remains supportive of sustainable development and general "protection of the Arctic environment," according to a two-page joint declaration from ministers attending a summit in Rovaniemi, capital and commercial hub of Finland's northernmost province, Lapland.

The council's members — Canada, Denmark, Finland, Iceland, Norway, Russia, Sweden and the United States — released the declaration after two days of ministerial-level meetings chaired by Finland, which concluded its two-year council chairmanship and passed the leadership mantle over to Iceland.

Scientists say the Arctic region is warming about twice as fast as the rest of the planet. After the United States blocked the summit from mentioning the huge threat posed by global warming in the joint declaration, Finland’s Foreign Minister Timo Soini, as the summit's host, released an unusual chair's statement to accompany the joint declaration that emphasized other participants considered it a primary concern.

"A majority of us regarded climate change as a fundamental challenge facing the Arctic and acknowledged the urgent need to take mitigation and adaptation actions and to strengthen resilience, and welcomed the outcomes of the UNFCCC COP24 in Katowice, including the Paris agreement work program," he said, referring to the major treaty reached at Paris in 2015 and U.N. Framework Convention on Climate Change, or UNFCCC, that is a platform for global climate summits known as COPs, or Conference of the Parties.

"Our meeting emphasized the need for national efforts and cooperation on pollution prevention, emission reductions and conservation of biodiversity, while a majority of us particularly emphasized the need to reduce greenhouse gas and black carbon emissions and to enhance work on climate change adaptation," said Soini.

In December, almost 200 nations adopted a rulebook for the Paris Agreement that sets out how nations must report their carbon emissions and pay for climate action. After two weeks of U.N.-brokered talks in the Polish city of Katowice, negotiators overcame a deadlock on a crucial element about how nations should be required to report their greenhouse gas emissions.

Summit leaders voted to adopt a complex and lengthy rulebook for accomplishing the Paris deal’s goal of preventing average global temperatures from rising more than 2 degrees Celsius above pre-industrial levels, or 1.5 degrees C. if possible. But the talks had apparently deadlocked over the monitoring and accounting rules for carbon credits to reduce emissions, which has been a longstanding point of contention.

As an international organization formed in 1996 through a treaty called the Ottawa Declaration, the Arctic Council was from the outset environmentally-focused. It has in the past recognized global warming as a top priority, according to the Arctic Yearbook hosted by Northern Research Forum and University of the Arctic.

"Combating climate change is an urgent common challenge for the international community and requires immediate global action," the council said in a 2010 statement agreed to by all eight nations that was carried on a website page last updated on November 4, 2016 — four days before the 2016 presidential election that ushered in U.S. President Donald Trump's administration, which mocks multilateralism and the science behind global warming.

The problem of black carbon

U.S. Secretary of State Mike Pompeo told the council in a speech on Monday that Russian and Chinese activity in the Arctic was the real danger, and global warming presents an economic opportunity for Arctic nations. As the climate crisis hits hard in the Arctic, it also is opening new shipping routes and the possibility of new oil and mineral exploration.

"The region has become an arena for power and for competition. And the eight Arctic states must adapt to this new future," he said. "The Arctic is at the forefront of opportunity and abundance. It houses 13% of the world’s undiscovered oil, 30% of its undiscovered gas, and an abundance of uranium, rare earth minerals, gold, diamonds, and millions of square miles of untapped resources. Fisheries galore."

Pompeo echoed the Pentagon's warning earlier this month that Chinese submarines could ply the Arctic waters as shipping routes open up, but emphasized that the melting sea ice brought economic benefits. The United States' Second Fleet, which covers the North Pole, has been getting beefed up in response to Russia modernizing its Northern Fleet and reopening military bases in the Arctic that were closed after the Cold War.

"Steady reductions in sea ice are opening new naval passageways and new opportunities for trade, potentially slashing the time it takes for ships to travel between Asia and the West by 20 days," he said. "Arctic sea lanes could become the 21st century's Suez and Panama Canals."

A day later, Pompeo gave a different speech that appeared to be an attempt to address a furor over the U.S. opposition towards signing onto a statement that directly addressed the climate breakdown in the Arctic. "America’s new Arctic focus prioritizes close cooperation with our partners on emerging challenges, including the increased presence and ambitions of non-Arctic nations in the region," said Pompeo.

"The Trump administration shares your deep commitment to environmental stewardship," he said. "In fact, it’s one reason Chinese activity, which has caused environmental destruction in other regions, continues to concern us in the Arctic. The Arctic has always been a fragile ecosystem, and protecting it is indeed our shared responsibility. But once again, the keys are indeed trust and responsibility."

The Arctic is particularly sensitive to black carbon emissions, which are bits of carbon from the incomplete combustion of organic fuels that travel into the atmosphere in the form of soot, then collect on ice, turning it black. The blackened ice absorbs heat rather than reflect it back into the atmosphere.

Other Arctic Council nations have supported measures to reduce the impact of black carbon emissions from international shipping such as requiring ships to use lighter, cleaner fuels. Black carbon contributes anywhere from 7% to 21% of maritime shipping’s climate warming impact, according to the Clean Arctic Alliance, a coalition of organizations calling for a ban on heavy fuel oil in Arctic waters.

Despite the Trump administration's denial of the science behind global warming, Finland’s Soini said he was "very pleased that all eight foreign ministers from the Arctic states attended," according to a council media statement. "This was now the second time in history that happened and it is a clear sign of the strategic importance of the Arctic region. We all are determined to show leadership in the development and governance of the Arctic region."

As council chair over the past two years, Finland emphasized environmental protections, meteorological cooperation, connectivity and education, Soini said, and it accomplished projects to prevent and respond to oil spills, improve the quality of teaching and set up health programs for Arctic inhabitants.

Iceland’s Foreign Minister Guðlaugur Þór Þórðarson, who was poised to take over the council's leadership, called Arctic affairs "a top priority in Iceland's foreign policy." The eight foreign ministers who attended and signed the joint declaration were joined at the ministerial table by leaders of six Arctic indigenous peoples’ organizations, which have full consultation rights in the council’s negotiations and decisions.

"There’s just one problem. America’s Arctic ambivalence is a far greater threat than the ambitions of Russia and China combined," Victoria Hermann, the institute's president and managing director, said in a statement. "With no strong fleet of icebreakers, no Arctic Ambassador, and no climate change policy, America is arguably the weakest circumpolar nation, and shows no signs of correcting course.”

"At a time where the region is undergoing abrupt and dangerous climate changes, the U.S. cannot afford the climate denial it has adopted during the Trump administration," she added. "The Trump administration should be more concerned about the imminent threat it is posing to Americans through climate inaction than Chinese and Russian ambitions.” 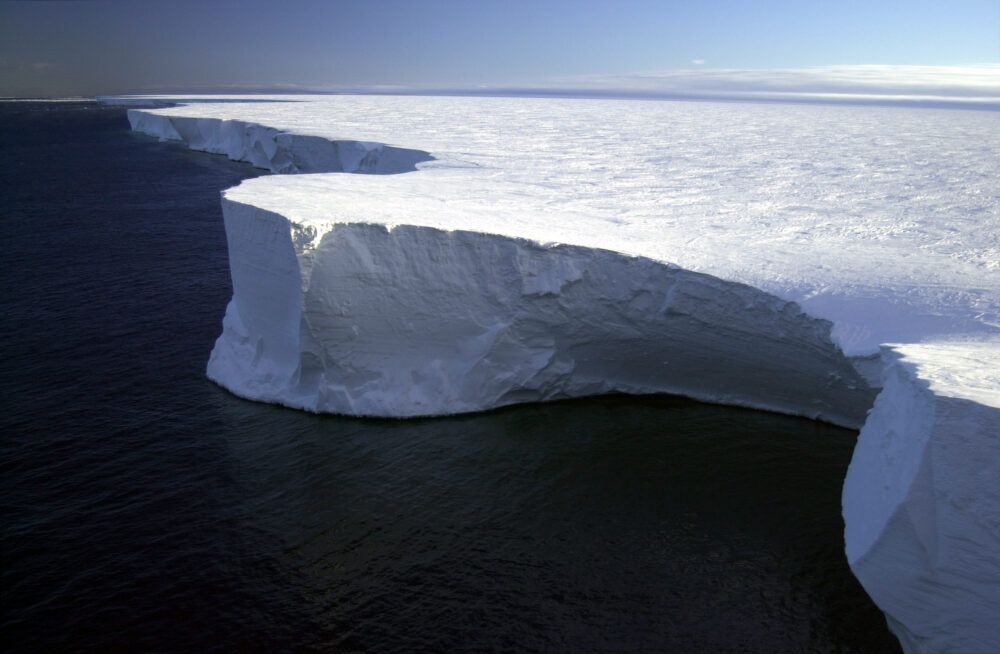